From the Canopy Bench

Unlike small molecules, today’s newest biologics are too complex to be synthesized through traditional chemical approaches. Rather, they are recombinantly produced in living cells from hosts such as E. coli (bacteria), Pichia pastoris (yeast), Chinese hamster ovary (CHO, mammalian), and HEK293T (human) cell lines. Use of complex biological systems allows for the production of proteins, complete with proper folding and post translational modifications, which can be critically important for activity.

Following recombinant production, biologics must be purified from their host cells. Critically, host cell proteins (HCPs) must be absent from final drug preparations as they can elicit an immune response in the patient. Indeed, there are several examples of drugs that have been denied approval following demonstration of contamination with residual HCPs.

A variety of analytical techniques have been utilized for the detection of HCPs. Enzyme-linked immunosorbent assays (ELISAs) have been widely used to screen for the presence of HCPs due to their inexpensive cost and quick procedure (hours). “Generic” ELISAs are commercially available and aim to detect HCPs from commonly-used CHO, HEK293T, E. coli, and other host cell lines. “Process-specific” ELISAs are often required later in the drug development process. These assays are developed specifically around a specific process for a specific biopharmaceutical. Lastly, there has been a recent trend towards “platform” ELISAs. These assays are built around a company’s own internally used host cell line and are used throughout the drug development process, replacing both generic and process-specific ELISAs.

An important aspect of any assay for HCP detection is coverage—the number of HCPs detected vs. actually contained in the sample. Coverage is particularly important for generic ELISAs, as these have been developed against a generic host cell line and coverage may be different in a company’s specific line.

Coverage is often determined by running a 2D gel. The gel is then stained with an agent that will detect any protein present as well as with the antibody used in the corresponding ELISA assay. A count of proteins detected by both stains is performed, and the comparison gives the resulting coverage. 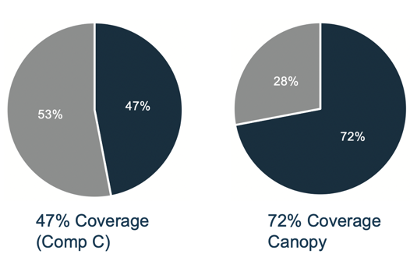 A recent development has been the availability of generic kits with different antibody pairs. Specifically, at Canopy we offer HCP Select kits that allow the researcher to test their samples against four different antibody pairs to find the pair that performs the best for their process. Full kits for the individual antibody pairs can then later be purchased. This hybrid approach—between generic and platform-specific—allows researchers access to ELISA kits that are more tailored to their process than is otherwise possible with generic HCP kits.

Browse our selection of HCP kits or learn more about finding the right antibody for the detection of host cell proteins by watching our free, 15-minute webinar.

How To Use ROSALIND To Showcase Your Discoveries
Skip the Plasmids: Why You Should Use RNPs for Your CRISPR Projects